Join CAPA for this exciting new 2-day workshop that focuses on acting for the camera.  CAPA’s On Camera Commercial Acting Workshop will introduce you to the world of acting for film, video and television.  We will explore the various commercial styles, how to audition, and how to break down a commercial script.  With hands-on participation, students will learn the unique skills needed in acting on camera, working with real scripts from actual shoots.  A small class size ensures a focus on individual development. Led by Jocelyn Sluka, this workshop will fill up fast, so register today! 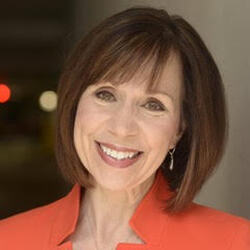 ​Jocelyn Sluka is an actress and Managing Director for Friends of the Groom Theater Company based in Cincinnati, Ohio. In her thirty plus years as a professional actor and singer, she has worked with a variety of regional and educational theaters, and in touring productions for US troops stationed in Germany. She also teaches acting classes for Curtains Up, a conservatory for young actors which she co-founded in 2005. As an educator, she has taught throughout the U.S. as well as in Greece, Uganda, England, Israel and Jordan – most recently creating week-long theater and team-building workshops for exploited women in East Asia.  As a member of SAG/AFTRA, she appears in regional and national commercials, films, and print ads, as well as doing voiceover work and performing with Improv Cincinnati.  Jocelyn has a B.A. in Theatre from the University of Kentucky.
Support Us